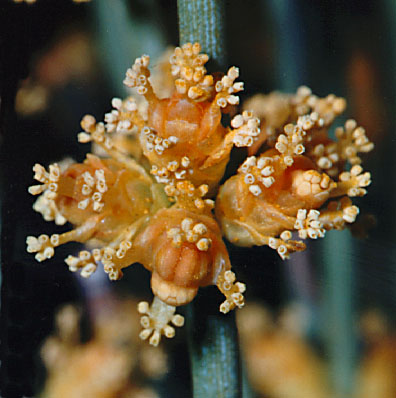 The answer is Yes, ephedra is legal. When I tell people about our products and our website, more often than not, I hear, "Isn't ephedra banned?" Many people don't know that there are around 36 different species of ephedra, many of them having great weight loss and fat-burning properties. In 2006 the FDA banned any dietary supplements with active ephedrine alkaloids. Other ephedra supplements containing ingredients like Ephedra Viridis are completely legal, safe, and effective.

Many dietary weight loss manufacturers are using Ephedra Viridis, also known as Mormon tea. Ephedra Viridis does not contain the ephedrine alkaloid that was banned by the FDA. All the products we sell that contain ephedra use Ephedra Viridis or other legal varieties. Ephedra Viridis has thermogenic properties and can boost your energy levels and suppress your appetite. These legal ephedra products can be more beneficial than pre-banned products!! Not only can they be more effective, but they also and most importantly can be much safer.

The species Ephedra sinica, also known as Ma Huang, is banned by the FDA. Ephedra sinica has been used for over 5000 years to treat the common cold and asthma. Shen Nong, the father of Chinese agriculture, included Ma Huang in his first-century guide to beneficial herbs and medicine. This long successful history of use is not one that many drugs can attest to. Ephedra sinica and ephedrine alkaloids are prescribed by a licensed doctor. Ephedra sinica was banned in April of 2004, reinstated by a Supreme Court Judge in 2005, then banned again in 2006 due to evidence of adverse ephedrine-related effects.

Ephedra is a term used lightly and is often associated with ephedrine. However, ephedra is not ephedrine. The supplements at Ephedra Warehouse use many safe and effective varieties of ephedra blended with other ingredients to help you lose inches. When looking for an ephedra supplement, be sure to purchase from a trusted source. Some supplements may contain illegal ephedrine alkaloids that can be harmful to your health. As with any supplement, you should take thermogenic products as directed by the manufacturer. Thermogenic ingredients, such as ephedra, can give you an amazing amount of energy, suppress your appetite, and allow your body to burn more calories even at rest.

I harvested a few hundred pounds of wild Ephedra viridis from near Truth Or Consequences, New Mexico. It's a noxious weed around there. I'm a herb vendor and intend to sell much of it, but got warned that there could be FDA regulations on how much ephedra I can sell. It doesn't contain ephedrine so I always thought it was unregulated.

Acacia Rigidula is another fascinating plant, and you ll see it on nearly every ephedra fat burner label. This is where the fat-burning molecules that are structurally similar to ephedrine were added back to the formula, and Hi-Tech even contends that they work